Crews and Conditions of Service

A document dated 02-April-1956 can be viewed showing the 8 crews that operated the 4 vessels and their shift rota. Photographs of some of the crews can be viewed on the next page. Details of Rates of Pay and Conditions of Service in 1956 are contained in a further document. It includes details of the issue of uniforms and working hours etc.
The crews had to live on the north side of the Forth most being from North Queensferry. This was because the ferries were moored overnight at North Queensferry. The ferries required 6 crew members so the first trip of the day had to start with 6 they could not run with less then pick up additional crew at the South side.

The uniform jacket worn by the Captains can be viewed.

The Captains were invited to an annual dinner at the Hawes Inn at South Queensferry, the invitations for 1959 & 1960 can also be viewed. 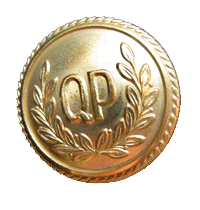 A flag which is 12ft long was also available for use on the Sir William Wallace ferry.