In 1934 when the first two ferries were launched there was talk of a road bridge being built. The cost however was prohibitive as it was thought to be in the region of £3 to £5 million. The bridge was of course built 30 years later (1964) at a cost of £11.5 million. The replacement bridge, the Queensferry Crossing opened in 2017 and cost 1.35 billion.

The ferries were launched on the following dates:-

Newspaper articles regarding the launch of each ferry can be found here:-

Further details of the launch of the Sir William Wallace can be found in this article:- 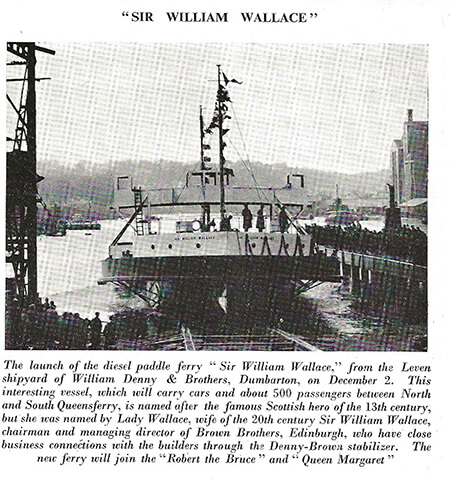