The North Queensferry Harbour Light Tower is worth mentioning as it played an important role, certainly when the Town Pier was used by the ferries.

The world's smallest working light tower at 5 meters high sits in North Queensferry, alongside one of the engineering wonders of the world. Built in 1817 by Robert Stevenson and after careful restoration, the Harbour Light Tower has now reopened on North Queensferry town pier. 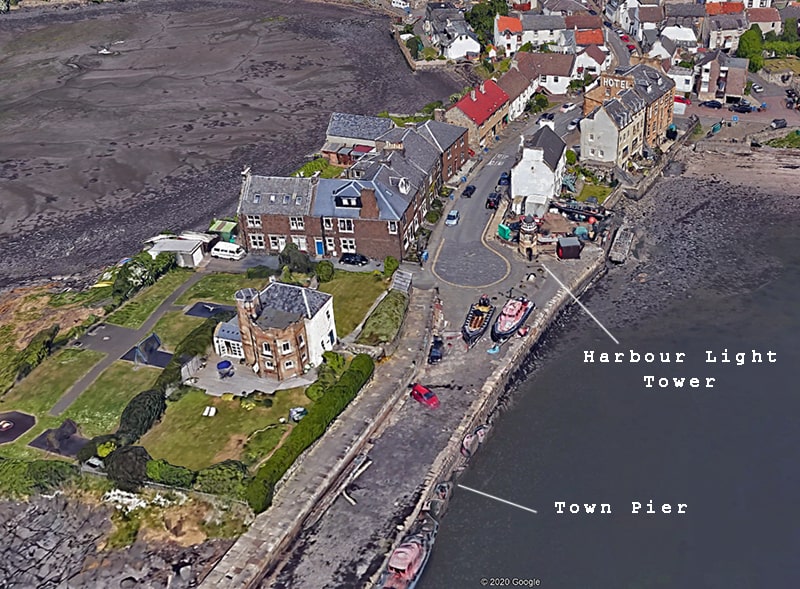 The Lighthouse Keeper would have to climb the tower (24 steps) to perform routine maintenance such as cleaning the lamps and trimming the lamp's wicks.
Robert Stevenson advised the type of apparatus for lighting the tower and suggested and Argand oil lamp backed by a parabolic reflector. This light gave a fixed white light and was later replaced by a paraffin-burning light in around 1850.

Upon the discontinuation of the ferry service across this stretch of the Firth of Forth in 1964, the Lighthouse was no longer required and fell into disuse.

In 2010, the tower was restored and it's lantern was temporarily removed for refurbishment work, in which one window frame was replaced and all of the metalwork was cleaned and stripped back to base-metal, removing the green copper-oxide layer which had made the lantern's dome turn green. The dome was painted dark grey and all of the glass was replaced before. The Lighthouse was relit by Princess Anne. 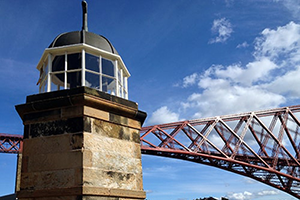 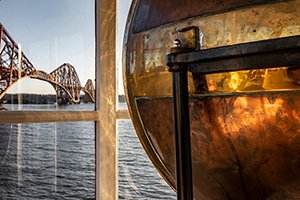 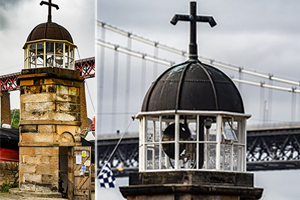 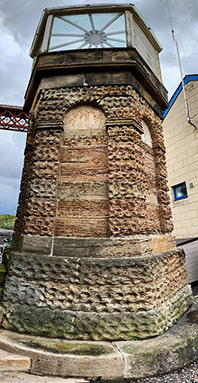 A fixed light also sits on the Hawes Pier, mounted on a metal framework tower about 3.00m tall. The metal tower rests on what looks to be a concrete platform of c.2.5-3.0m squared, supported by four concrete pillars of about 5-6.0m in height, reinforced by concrete struts. It sits on a concrete base at the northern end of Hawes Pier, and can be reached by a ladder when the tide is low. The base is usually submerged, and at high tide most of the concrete supporting structure is underwater. Its age is unknown, but likely to be 20th century. It is presumably a hazard light to warn shipping of the pier, over 200m of which can be covered by the tide to become a hidden danger. 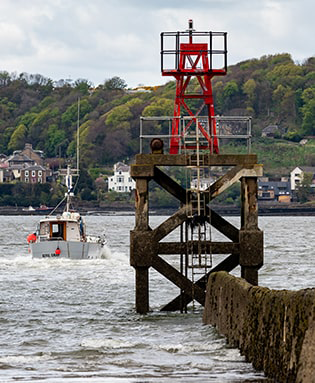 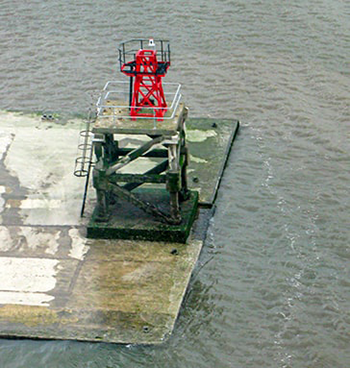