The following certificates were required by the vessel and Master:-


Compass :- The ships compasses were tested for accuracy as can be seen by this certificate.


Lifeboats :- The Passenger Certificate shows the Wallace was a "Class V" vessel and as such the lifeboats had to carry specific equipment which is detailed. A 1954 certificate in connection with Launching the Lifeboat is also shown.


Newspaper Articles :- There are also copies of Newspaper articles which plot the history of the ferries, articles from 1934 to 1955 are reproduced, these having been discovered with the help of "Google News". 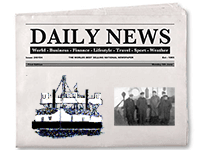 Maps:- Old maps are available which show where the Queensferry Passage operated.
You will also find displayed a 1986 map, although this is strictly not connected with the ferries covered by this web site, but it may be of interest to some as it relates to North Queensferry. 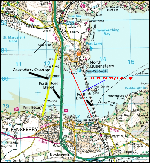