The history behind the piers used by the ferries is interesting as it really covers 3 different piers in North Queensferry starting from the 11 century.

The following 1884 map shows where the piers are situated in North Queensferry. 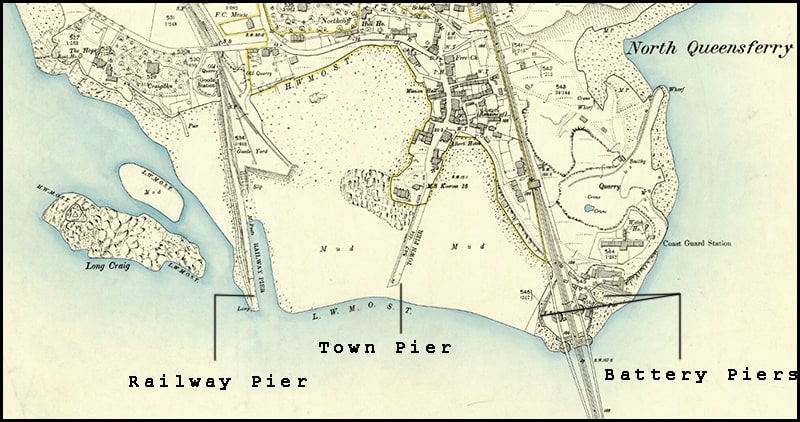 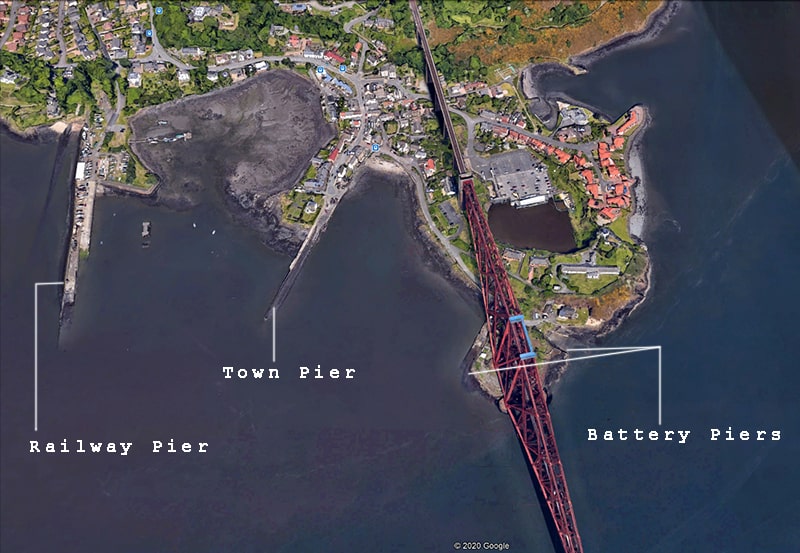 The Town Pier, the main ferry terminus for many years, was designed by John Rennie and built between 1810 and 1813.
Ferries berthed both at the Town Pier and at the Battery Pier (now beneath the Forth Bridge). To accommodate the deeper draughts of the new, larger steam-powered ferries, Thomas Telford extended Town Pier in 1828 to its present length.

The Railway Pier, on the far side of West Bay, was the terminus of the new Dunfermline-North Queensferry Railway which opened in 1877. The Railway Pier was used as one of the northern ferry terminals from 1877 to 1890, and in 1920 it replaced the old Town Pier.

With the opening of the Forth Bridge in 1890, the Railway Pier continued to be used as a goods pier (until 1954) and became the main landing place for road traffic until the opening of the Forth Road Bridge in 1964 when the ferry passage ceased altogether. The ferry service was taken over in 1935 by William Denny and Brothers, Dumbarton, who were probably responsible for the extension of the E slip.
The pier was extended in 1955 to allow two ferries to load and unload simultaneously.